But some are reasonable to use and some of the social sites are popular locally to their own country.

And some of the social network sites are known in the worldwide as a Networks social platform, here in this post I have Top7 list of social media via an active user list.

According to a statistic in the top 7 list of social media, those social media platforms are listed, which has accumulated more user and visitor and engaging traffic sources.

Now social media platforms are one the best Business promoting Social network sites, where every business need is to find out what social media is in trend to promote their product and services and target audience locally or globally.

Here are the top 7 list of social media to find out which will be the best platform for your business growth with targeting active user.

Let’s have a look.

Let’s have a look

Back in 2003 was the starting period of Social Media activities and people were not aware and active that how to connect via each other.

But an idea of Harvard University, student Mark Zuckerberg to connect people in one platform make a resolution .that bring social media to accumulate user in one place.

24th February 2004, when Facebook was launched and it welcome via social sharing platform.

Product and service with self-promoting and now, Facebook has become the most efficient way to advertise business products and services online through Facebook advertisement.

But you are trying to promote your business through Facebook your product and service should be related to the targeted group of 25 plus.

Because facebook is losing to attract age group of 14 to 24 plus and those user is attracting to use another social site like Instagram and Snapchat etc.

Worldwide approximately 2.23 billion monthly active users are on Facebook.
And more than 1 billion users are active on facebook per day by sharing their activities.

January 2018 statistics show that the First place of the Facebook user is from India 270 million and second place is held by the united state (U.S) 210 million active users.

It is a Social media video sharing platform, which accumulates 1900 million Active users and leads second place in the top 7 list of Social Media on the world wild social networking services platform.

Large and small business marketer eyes are on such video content sharing platform google provide a platform .where user can promote their product and service through Google ad.

but some of the business marketers promote through targeting a particular channel to promote their product and services.

YouTube was founded by pay pal employer chat Harish Steven, Chad Hurley, and Javed and launched on February 14, 2005, more than 13 years ago.

The only US alone has 62% active user and 80% of users are from outside other countries.

Youtube is the best social networking platform, which provides a wider range of business scope to promote your brand.

Mostly it is useful for every business brand, product, and services but it is the best platform for female products and services or educational services.

Cause most of the active users are Females and students were they are engaged with watching fashion reviews, cooking, beautician and else related to the home product.

And a student engages with watching an educational tutorial, tech-related tutorial, games, etc.

Whats app is social media messaging cross-platform, where the user registers with the mobile phone number, with two-step verification.

It is known as social media services, where the user engages via sharing images, audio calling, video calls, images, GIF video clips, and others, etc.

It also provides a platform, where the user can share their location with others while visiting social activities, events and many more else.

What’s App is grown with providing a service in multiple countries for an effective user and was Initial release in January 2009 and founded on February 24, 2009.

And situated in Mountain View California United States and was founded by Jan koum and Brian Acton and created by Whats App Inc.

In February 2014 Whats app Acquired by Facebook for $19. 3 billion and the report on January 2007 active users were across to 1.5 million.

And in January 2018 What’s app welcome with a new feature application WhatsApp business and September 2018 WhatsApp introduce via Audio and video calling feature for a group.

According to the report in February 2018, What’s App active user was across 1.5 billion users.

Which is great improvement according to 2014, an active user was just 450 million monthly and daily active user were 315 million.

Whatsapp is grownup in a wide range on the worldwide internet and the largest application is used and shared by Saudi Arabia.

And it provides his services in the world across 109 countries.

According to satista, WhatsApp leads with third place in the top 7 lists of social media on the worldwide internet.

It is a cross-platform, not a publishing platform, here you have to create your own business group and build a campaign.

Facebook Messenger is the product of google initial release in August 2011 and it is an instant messaging and chatting platform.

It provides an app-based and web-based facility where the user can redirect from facebook dashboard to facebook messenger dashboard.

And provides an operating system web, Android, iOS, Windows, I Phones and also known for providing an instant messaging system.

According to Satista the Facebook messenger active user is 1300 million in July 2018 report and leads with 4th place on the worldwide internet.

It is a chatting a sharing and instant messaging platform and some features are similar to other cross platforms.

Here you can create a business with creating and targeting groups and invite to others join your group and share and chat about your product and services.

We chat is one of the most popular app-based instant messaging platforms and had great popularity in social media networking services.

And it some features are similar to other cross social media platform but it is popular for his multiple features.

Some of those features make it popular in China because some of the features billing payment wallet via mobile payment facilities.

And these facilities are available for Chinese cardholders, only for China country.

It is a Chinese multimedia social media app-based service, and it provides facilities to its users to use this app.

For messaging, social media, text messaging and mobile payment and many other social service facilities.

And its operating system is ios, Macs, and Android.

It is a cross-platform text messaging and media sharing and instant messaging platform, developer Tencent Holdings Limited and initial in January, 21,2001.

Mostly We Chat User comes from Southeast Asia, Europe, and the US according to Mau consultancy China.

And in China 83 % of China population use WeChat and user jump to 93%.

According to the top 7 list of social media, Wechat leads with 4th place in the worldwide internet with 1,040 million active users.

It is a chatting a sharing and instant messaging platform and it some features are similar to other cross-platform.

Here you can create a business with creating and targeting groups and invite to others join your group and share and chat about your product and services.

It is the same user-friendly network social sites as other cross-platform Social networking Sites.

Nowadays Instagram accumulated his network with the active user between 14 to 24, and monthly active user almost reaches to 1000 million.

Which is one great achievement in social Media industries?

It is a most loveable platform for the teenager and younger, where the user is active with updating their daily activities and sharing and transferring profiles and Messages.

In Instagram, most are the user share their tour and travel activities and it is also the most lovable platform by the celebrities.

Mostly the users are from U.S and India, Where they share their upcoming and ongoing events.

And promote their profile with daily updates and engage the active users as followers self.

Where targeted Audience converts into Followers. You don’t need to target your audience if you are self-promoting your business profile.

You have to just accumulate users with your attracting description and with your business profile.

Instagram provides a platform to the business marketers to promote its business product and service through ads promotion.

According to staista, which is one of the best social Media statistic provider service on July 2018 Instagram touch to 1300 million active users.

It was Initially released on October 6, 2010, and developed by Facebook.launched in India and after it launching it rapidly fire in popularity and accumulate online register 10 million active users in only two months.

Which is the great Achievement for any social media networking service?
Now the Instagram active user is approximately 1000 million.

After launching Instagram Near about 8 years ago Instagram active users are more seen from state Andhra Pradesh (India) which touch 1 million active users.

If your product and services is a related target at the age group of 14 to 28 than Instagram is a great platform to target your audience and promote your business brand locally or globally.

Tencent QQ is also known as QQ one of the highest performing app in China and it is an instant messaging software service, It is known for the variety of feature social media platforms.

Where it provides service on social, games, group, and voice chat microblogging.

which are similar in some ways to (Reddit and Twitter) and also provide a feature of music, shopping and group chat, and Voice chat.

It was launched in February 1999 with a cross-platform and developed by Shenzhen Tencent computer system co, Ltd.

And it is available in 7 languages Chinese, English, French, Japanese and Laotian.

According to Alexa ranking, it is the worldwide 7th most visited website and the active users are approximately 806 million.

It provides a platform where the user engages with Social networking gaming it is a type of online game.

Which is played through social network and mostly user is from Chinese.

We chat and QQ even both are same company services but most users feel more relevant to Go with we chat Social network.

Because we chat is known as for great features and it provides plenty of features to their user.

Tencent QQ is the best apps social media platform and It leads 7th place on top 7 lists of social media and its active users are approximately 806 million.

In this article, I have mentioned the latest top 7 list of social media with an active user according to Satista July 2018 report, which is one of the best social media statistics providers. 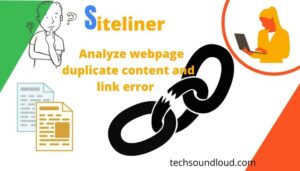 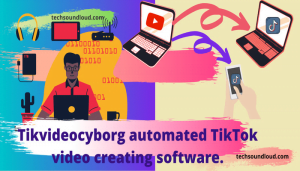 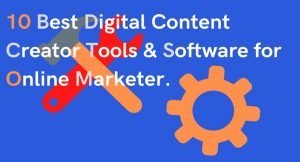 How to use Answer the public keyword visualisation tool to get long tail keyword idea ?

Ubersuggest: Best free all in one Seo tool to empower website ranking.